LOS ANGELES — Rocker Marilyn Manson was dropped by his record label on Monday after actor Evan Rachel Wood accused her ex-fiancé of sexual and other physical abuse, alleging she was “manipulated into submission” during their relationship.

Wood, who stars on HBO’s “Westworld,” had spoken frequently in recent years about being abused in a relationship but did not name the person until she posted Monday on Instagram.

“The name of my abuser is Brian Warner, also known to the world as Marilyn Manson,” Wood said. “He started grooming me when I was a teenager and horrifically abused me for years.”

Manson’s label, Loma Vista Recordings, said in a statement that after the “disturbing allegations,” it will “cease to further promote his current album” and has “also decided not to work with Marilyn Manson on any future projects.”

Wood and Manson’s relationship became public in 2007 when he was 38 and she was 19, and they were briefly engaged in 2010 before breaking up.

Wood, now 33, said in her post that Manson left her “brainwashed and manipulated into submission.”

“I am done living in fear of retaliation, slander, or blackmail. I am here to expose this dangerous man and call out the many industries that have enabled him, before he ruins any more lives,” the post added.

She concluded, “I stand with the many victims who will no longer be silent.”

“Obviously my art and life have long been magnets for controversy, but these recent claims about me are horrible distortions of reality,” his post said. “My intimate relationships have always been entirely consensual with like-minded partners. Regardless of how — and why — others are now choosing to misrepresent the past, that is the truth.”

It was not immediately clear whether Wood has gone to authorities with any of her allegations, and a representative did not immediately respond when asked via email whether she had.

In 2018, Los Angeles County prosecutors declined to file charges against Manson over allegations of assault, battery and sexual assault dating to 2011, saying they were limited by statutes of limitations and a lack of corroboration. The accuser in that case was identified only as a social acquaintance of Manson.

He denied the allegations through his attorney at the time.

In 2017, Wood was one of thousands of women who identified themselves as victims of sexual harassment or assault amid the #MeToo movement.

“Being raped once made it easier to be raped again. I instinctually shut down. My body remembered, so it protected me. I disappeared. #metoo,” Wood wrote at the time as part of a series of tweets on her experience.

In 2018, she testified about her abuse to a House Judiciary subcommittee as she sought to have a Sexual Assault Survivors’ Bill of Rights passed in all 50 states.

“My experience with domestic violence was this: Toxic mental, physical and sexual abuse which started slow but escalated over time,” she told the committee.

Wood began acting as a child, gaining fame and a Golden Globe nomination for playing a troubled adolescent in 2003’s “Thirteen.”

For three seasons she has played Dolores Abernathy, a sentient android, on HBO’s “Westworld” and has been nominated for a Golden Globe and an Emmy Award for the role.

Manson, 52, became a household name in the mid-1990s with a series of hit rock albums and used a stage persona designed to shock and stoke controversy.

The Associated Press does not normally name people who say they were victims of sexual assault but is naming Wood because of her decision to speak out publicly.

Get The Brief. Sign up to receive the top stories you need to know right now.

For your security, we’ve sent a confirmation email to the address you entered. Click the link to confirm your subscription and begin receiving our newsletters. If you don’t get the confirmation within 10 minutes, please check your spam folder. 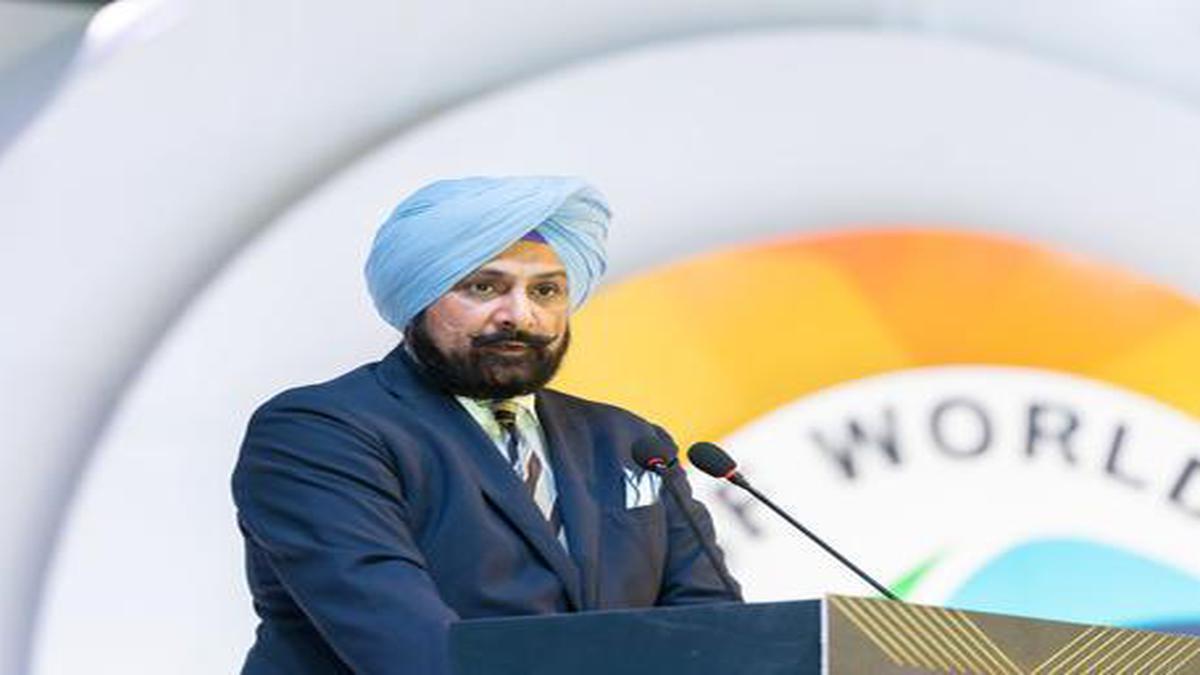 Banned shooters could get a reprieve, NRAI chief to persuade governing body for a stay

Check Also
Close
Featured Posts
Test match batsmen should be able to handle turn or the straighter ones: Sunil Gavaskar
31 mins ago

Pune: New version of CoWin app to be launched for next phase of Covid vaccinations
2 hours ago